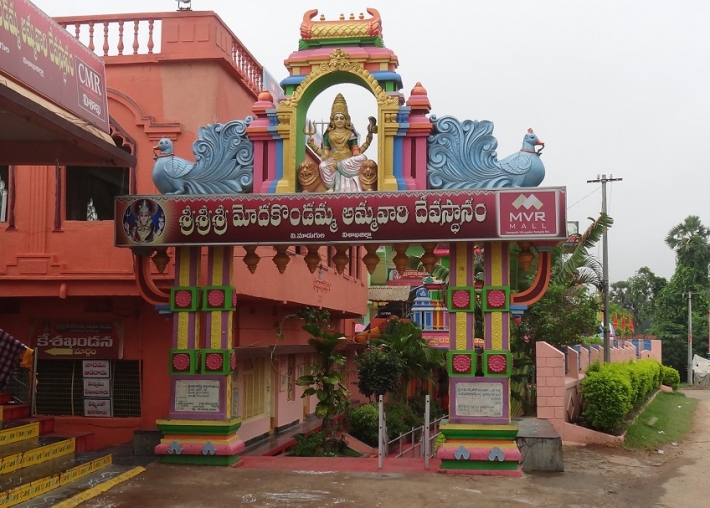 Madugula Town is located about 49 km north east of Narsipatnam. Sri Modakondamma Temple is one of the famous temple in V.Madugula built in 80's attracting daily a number of devotees.

The important religious observation will be celebrated every year attracts a large number of pilgrims and especially fire works will entertain the users. Halwa is a famous sweet in Madugula Town.

Pandavas Temple is located on top of the hill, Which is near the Sri Modakondamma Temple. Sri Rama Temple and Sri Pardhasaradhi Swami Temple are famous temples in Madugula. 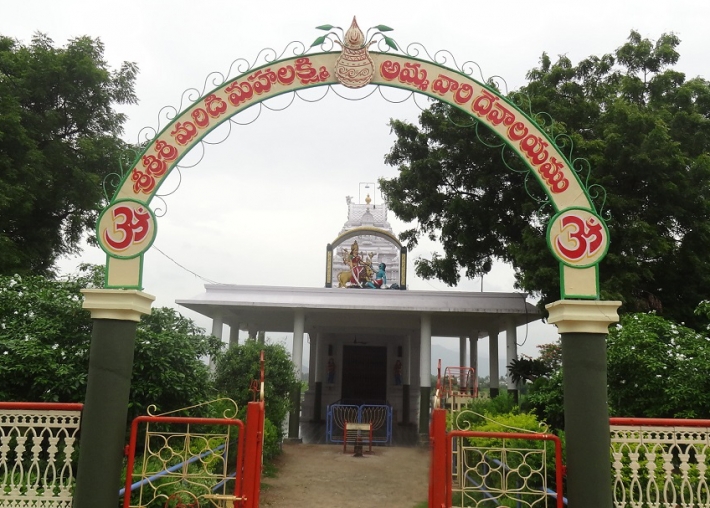 Initially the temple is located in MRO office of Narsipatnam, later it was shifted to near Peda Cheruvu. The important religious observation will be celebrated once in every two years attracts a large number of pilgrims and especially fire works will entertain the users. 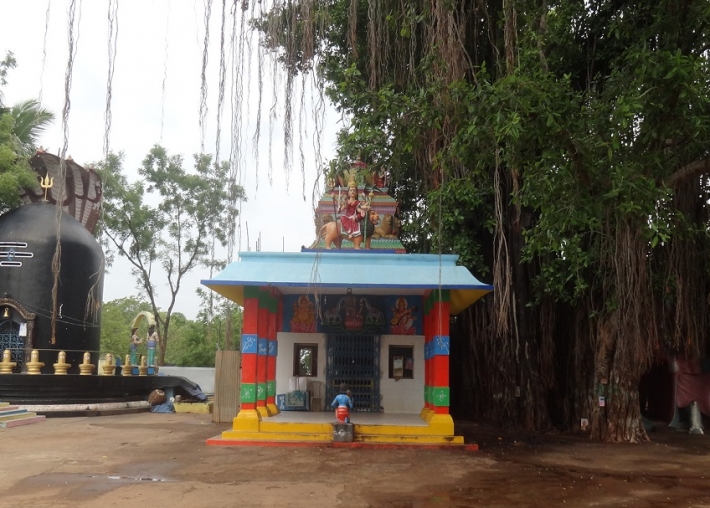 Butchimpeta Nookambika Temple is one of the beautiful picnic place attracting number of people in karthika masam. On Kottha Amavasya, a day before ugadi, thousands of people come to the temple of worship. 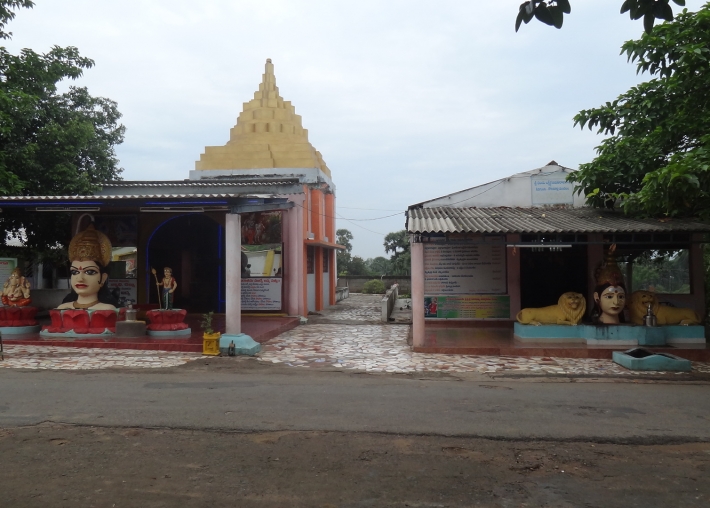 Initially the name of goddess is Patalamma Thalli, Later it is changed into Pattalamma Thalli. People believes that the goddess saves us from accidents. 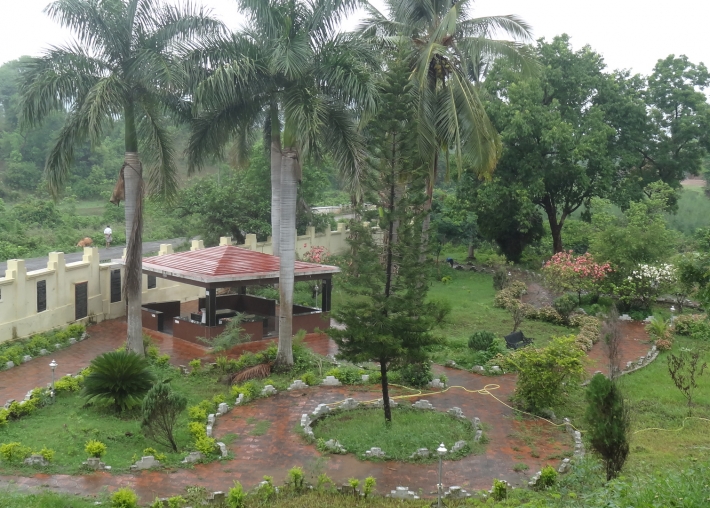 Alluri Sitaramaraju (1897-1924; also called Alluri Ramachandra Raju) was The freedom fighter from Vizag. He was the leader of the ill-fated Rampa Rebellion that was fought against the British from 1922 to 1923. Popularly referred to as Raju, he lives on in the hearts of the Telugu people as the Manyam Veerudu (hero of the jungles).

Raju was born on July 4, 1897 in Pandrangi village in the Visakhapatnam district of Andhra Pradesh to a Telugu Kshatriya family. His mother was from Visakhapatnam and his father was a native of Mogallu, near Bhimavaram, and was an official photographer in the central jail at Rajahmundry. The young Raju lived mainly in Mogallu and was educated in Rajamundry at the Vullithota Bangarayya school, as well as in Kakinada, Tuni and Ramachandrapuram in the East Godavari district. 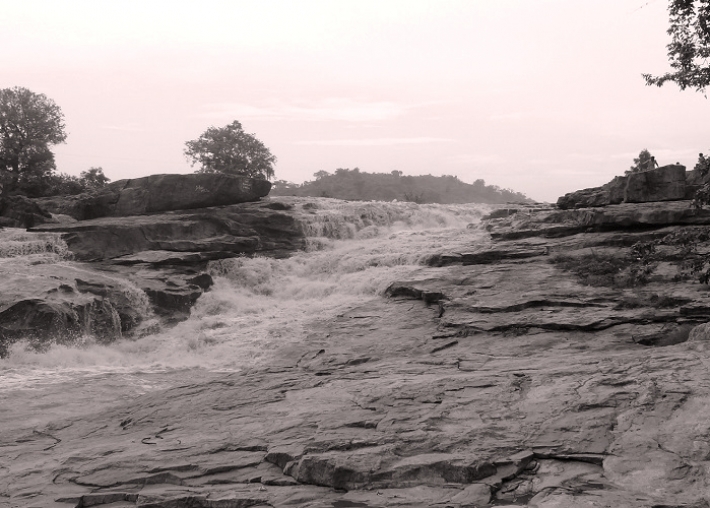 Valasampeta Waterfalls is lying to the north of Krishna Devi Peta village and  is located as about 32 km from Narsipatnam. The name of the falls is derived from the name of the village nearby.

Valasampeta Waterfalls is a spot with an enchanting beauty. The waterfall is lies around 6 kms. from Alluri Seeta Rama Raju Park and the water is continuously flowing around 365 days.

Lord Siva temple is located on top of the hill, which is near to the waterfalls. The best time to this falls is from October to December.  It is one of the best waterfalls in Narsipatnam and also among the famous Narsipatnam tourist places. 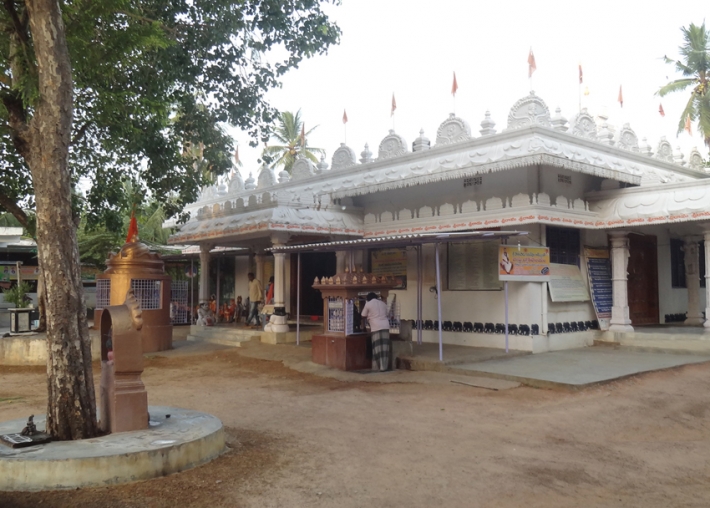 Uttaravahini is formally called as Varaha River. It is located about 3 km south west of Narsipatnam. This place owes its importance to the Sri Pakalapadu Guruvu Garu Ashramam and Sri Datta Ashramam.

Sri Damaraju Venkatarama Yogindrullu (Sri Pakalapadu Guruvu Garu) Ashramam was constructed in the year of 1970. Here Sri Datta Ashramam was recently constructed. These both are lies on the bank of varaha river.

The pournami festival celebrated here every month in the year attracts large number of devotees. During this festival ashram committee conducts anna prasada vitharana to all devotees. 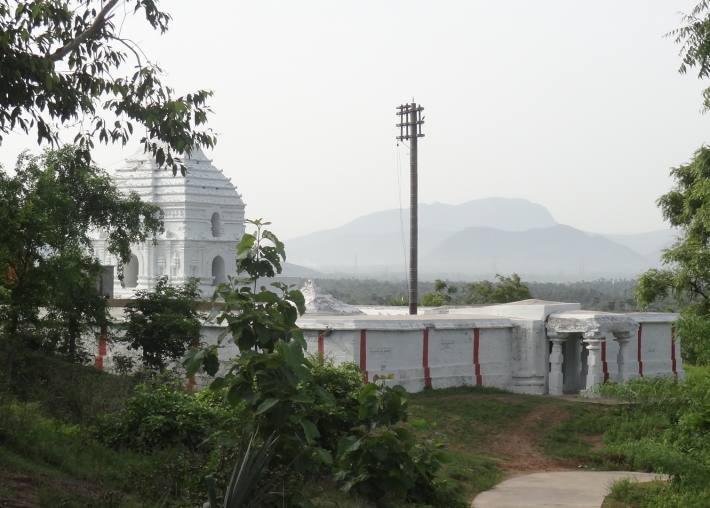 Balighattam is about 3 km south west of Narsipatnam there lies on the bank of varaha river a place known as Baligattam. This place owes its importance to the Brahma Lingeswara Temple at the foot of a small hill on the western bank of the river. Here the shrine like the one at bananas faces to the west.

It is interesting to note that this temple is supposed to have been built by Brahma and that the river is declared to have been made by Vishnu during his incarnation as a boar (Varaha). Therefore the river is known as Varahanadi. The deposits of white clay on the river bank are supposed to be the ashes of a sacrifice performed hereby Bali, the demon king from whom the village takes its name as Baligattam.

The river at this place flows from north to south for a short distance. On account of these peculiarities, the place is considered to be very sacred. The sivaratri festival celebrated here every year attracts a large number of devotees. Lakshmi Devi temple is located near by Brahma Lingeswara Temple.

Sri Sri Sri Chidgagananandha Swamy Ashramam is located on nayanagari hill near balighattam. It was constructed on many number of years ago. This is an one of the historical holy place to visit. 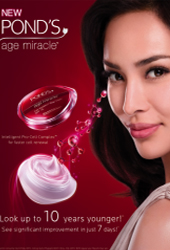 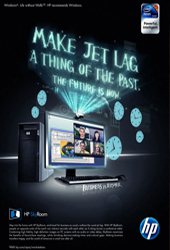 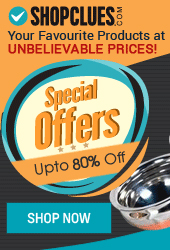 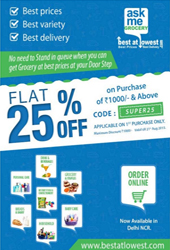 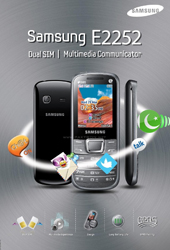